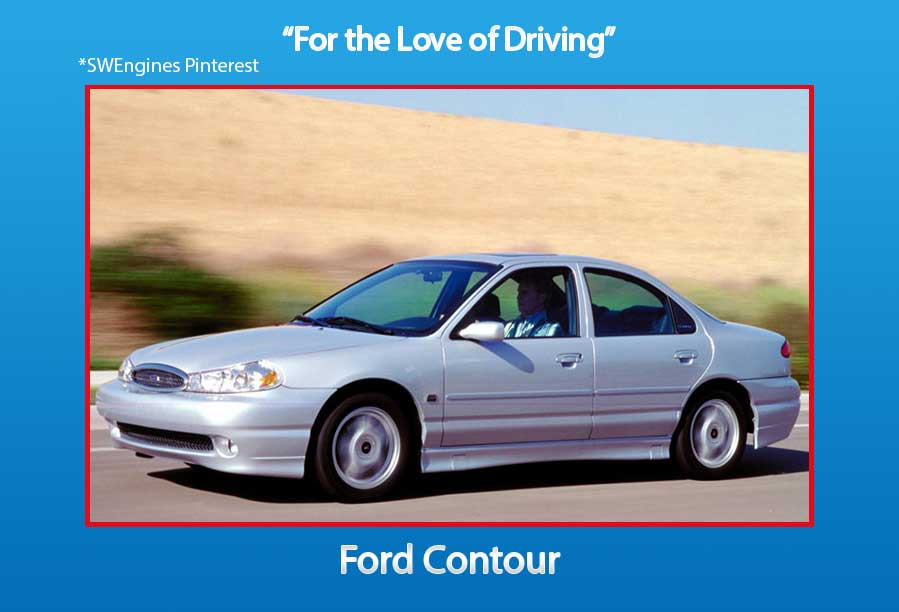 Produced by Ford from late 1994 through 2000, the Ford Contour is a passenger car offered in the North American market only. The Contour came only in the four door sedan body style that included three trim packages. The GL was considered the base model, while the LX was designed as a more luxury minded vehicle. The SE trim model rounded out the three and was intended as the sporty sedan version of the body style.

Although only one body style was offered for the Contour It did include several different engine options. The sport model, the SE, was offered with both a 2.0 Liter 4 cylinder engine and the 2.5 Liter V6 engine. In 1998, Ford redesigned the Contour and the Contour SVT was the result. Included with the SVT was a 2.5 Liter V6 that produced 195 horsepower and the SVT trim was named the most wanted sedan under $25,000 in 1999 by Edmunds.com. It was also named to the Ten Best list by Car and Driver magazine for 1995, 1996 and 1997.